A greeting of the President 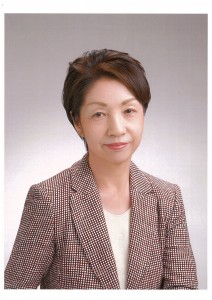 The Association of Japanese Animations, mainly consisting of animation studios, was established in May, 2002, aiming to preserve and cultivate animation cultures, which Japan was proud of, and to promote the Japanese animation industry widely to the world. Working together with the member companies, AJA, as the leading organization of Japanese Animation industry, has been engaged in various activities for the purpose of development of animation cultures and industries in close coordination with other industrial organizations as well as governmental organizations, both central and local.

Now we embarked on the Reiwa era after the Heisei era. It seems the momentum of the progress in the interaction between contents and media would increase more and more thanks to 5G technology which has shifted into high gear. And the environment surrounding intellectual properties would be further diversified and globalized beyond conventional boundaries of media and frameworks due to the multi-windowing, including TV, movie theaters, and the Internet. Accordingly, the environment surrounding animation industries would change significantly, too.

cultivate human resources for next generations, take majors against piracy, reserve past works and form archives. Also, we need to tackle with urgent issues, such as digitalization of production environment and reform of working practices.

I believe animation is the very way to convey the message of hope to next generations and to the world, and we, AJA, further focus our efforts through activities of the board and other multiple committees to face issues and requirements of the time.

I appreciate your continuous support to AJA.